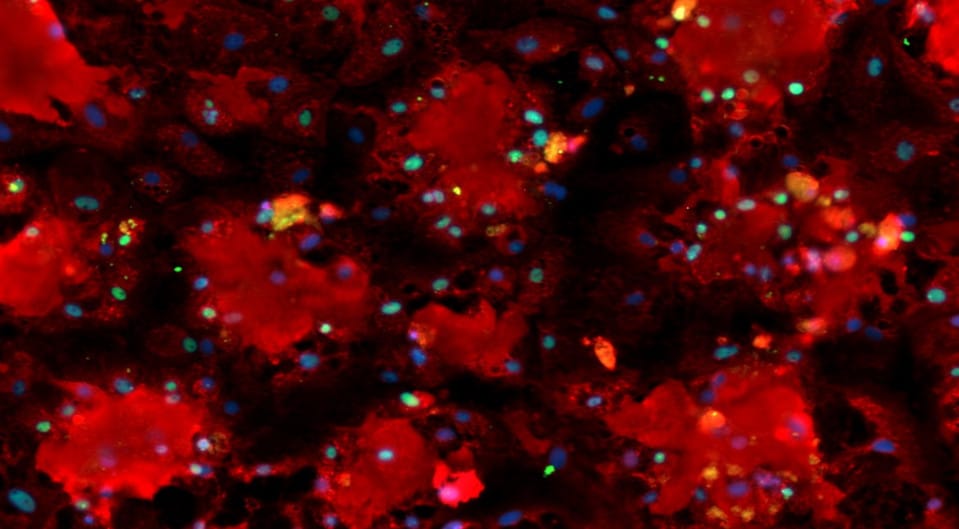 The liver is the largest organ of the body and is the primary site for metabolism of toxic substances. Primary human hepatocytes (PHH) are considered the gold standard for predictive toxicity studies, yet, they can only be maintained for short-term periods and are often derived from diseased individuals with unknown or mixed genetic backgrounds. In contrast, human induced pluripotent stem cells (hiPSC) hold great potential for development of advanced in vitro models within predictive toxicity testing and drug development. They can be derived from individuals with defined genetic backgrounds, expanded in vitro and differentiated to hepatocyte-like cells when needed.

Bioneer A/S has used in-licensed CRISPR/Cas9 technology to introduce a luciferase gene immediately downstream of CYP3A4, which is the main drug metabolizing enzyme in the liver (involved in metabolizing 30–50% of all clinical drugs). The reporter cell line is currently being used to optimize the differentiation into mature liver-like cells using luciferase expression as the readout. Moreover, a common variant in European and American populations (CYP3A4*22) reported to reduce CYP3A4 mRNA and protein expression was introduced into this line, which will allow for population-based testing of clinical drugs.

Finally, bioprinting of hiPSC-derived hepatocytes along with other liver-specific cells such as endothelial and mesenchymal cells will be used to create in vitro tissues mimicking the liver in a more precise manner compared with current in vitro models.

If you have any drug candidates in development and would like to test our liver-models, please contact R&D manager Bjørn Holst via mail or phone at +45 45 160 444.

Figure above: Hepatocytes containing the CYP3A4 reporter on day 21, labelled for the mature liver cell markers Albumin and CYP3A4.